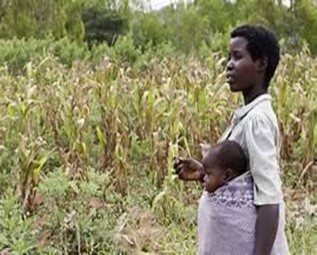 Thinking of a way to turn around the climatic impacted situation to a more resilient and higher productivity while improving food security has not been the case in past years but due to the anthropogenic and other related factors, consequently they have led to the greater demand to start talking and thinking about Climate Smart Agriculture(CSA) adoption. CSA refers to an approach that can help reduce the negative impacts of climate change brought by the human induced behaviors and actions on food supplies, livelihoods, economies and increase the adaptive capacity of farming communities to long term climatic tends as well as to increasing variability in weather patterns (FAO, 2010). This is so significant but its effectiveness is not yet discovered across many people especially women due to gender indifferences which acts as obstacles. Closing these gender gaps in agriculture has the capacity to boost agricultural production and build sustainable futures of women.

Why talk about Gender Transformative CSA? Where is a problem?

Most agricultural policies, investments and legal frameworks in Malawi still fail to take into account the differences in resources available for men and women, their roles, workloads and the differential constraints they face. In the absence of concerted efforts to close the gender gap in the agricultural sector in the context of climate change, women framers are at risk of being caught downward spiral.

Climate Change impacts affects women and men differently. It worsens existing disparities in particular it has unequal impacts on women and girls because of the roles and tasks that they are assigned and the discrimination they face. Despite that women in Malawi like other Women are the most affected by climate change they are also at the fore front to curb climate change impacts the women are also on the front line when it comes to combating climate change, demanding justice and adapting to its consequences (CARE, 2020).

Effects of not investing much on Gender Transformative CSA

The following are the effects of not investing much on Gender Transformative CSA:

The Vulnerability of Malawi farmers is compounded by strong dependence on rain-fed agriculture. Farmers who totally depend on the rain fed are the ones who face the diverse effects of climate change by following this norm of cultivation with rain water in the times as this scan not guarantee a bright future for farmers. In midst of climate change nowadays, low yields are inevitable. When coupled with inaccessibility to resources and decision-making processes, limited mobility places women where they are disproportionately affected by climate change (IUNC, 2004).

The need of Gender transformative approaches should not be overlooked and underemphasized because if this is not brought to existence may women will be negatively affected. If this Gender transformative CSA cannot be fully embraced, it will continue to give rise to Gender Based Violence and exploitation as agricultural resources are threatened due to Climate change increase. The Human security for women is threatened to these impacts since they fuel the rise of Human trafficking and extreme labor exploitation. In times where resources are scarce due to climate change, women become more vulnerable by trading sex for access to markets and livelihood. The negotiations power and negotiations of access to natural resources in unequal structures becomes a Gender Based Violence tool.

As women face higher rates of domestic and sexual violence due to climate change. The more women are depending much on the spouse in some families this brings chaos as the man tends to provide for everything and when the woman is demanding it brings violence in the family since a woman who contributes something to the table will not be the same with a woman who waits to be helped always. Furthermore, girls are married off to arranged marriages at younger age as climate change exerts economic pressure on families and leads o loss of land, livelihoods, homes and stability. Marrying off daughters acts as a coping mechanism just for the parents to feel relieved from poverty and for the child to acts a s a helper to the family which is not the case most of the times as this only multiplies the poverty.

When it comes to Gender transformative CSA is concerned, Malawi has been struggling to end women poverty through many activities but agriculture still remains to be one of the strategies to eradicate feminized poverty which can be profitable to both rural and urban women and it’s a promising occupation even to those who are uneducated. On a sad note, Climate Change is drastically disturbing the Agriculture sector hence more women are affected due to its severe impacts including lowering the agricultural yield which makes it had to keep some yields for commercial use since in-order to sell, one has to be assured of having enough food for consumption which is not the case with the trend of climate Change in Malawi.

Furthermore, Climate change has lowered production of high value export crops, lowered the quantity and quality of agricultural products which affects the market competition of products hence affecting women’s economy. Additionally, Climate change has caused displacement of people from their land which was used for both farming and settlement but this has been lost in the process hence leaving women aground as such Gender Transformative Climate Smart Agriculture development design would help eradicating this problem.

This calls for an urgent need for cost-effective and labor-saving technologies, and policies and plans that enhance adaptive capacity of farmers, particularly female farmers. This also explains the need for a Gender Transformative Climate Agricultural Development in Malawi since this will help to analyze gender gaps and inequalities that exists in terms of access to agricultural services between men and women. Again, this will help in making sure that there is collaboration in agricultural work between men and women there by achieving Gender and Development where men and women will work together and access services equally not as competitors but rather co-development actors in Climate Smart Agriculture and at the same time working together as part of the adaptation ensure on Climate Change Impacts.

According to Mwandila, many technologies of importance to farmers, including Climate-Smart Agriculture (CSA) practices, have predominantly been developed by agricultural research and other seed companies, and are disseminated through agricultural extension system. However, these technologies do not always reach all farmers, particularly, women farmers who are normally marginalized on agricultural extension services. Even those that reach down to the farmers, they are not always accepted and adopted, resulting in the farmer’s failure to fully benefit from modern technologies that have been developed to respond to negative impacts of climate change on food production.

Additionally, farmers tend to accept and adopt technologies and innovations when they see the benefits themselves. And for them to easily see those benefits, they must participate in the; trial, testing, evaluation and validation of the technologies and techniques.  Additionally, the local farmers continually experiment and innovate independently of the formal scientific research, though their innovations may not be adequately documented.

Why is it Significant?

Although CSAs have been promoted in all Malawi regions, it has not yet been fully adopted due to problems being embedded in different structures where Women are most disadvantaged as compared to men. Malawi being a country which relies heavily on Agriculture it is imperative that there is a Gender Transformative Climate Smart Agricultural Development Policy design which should be emphasized and made aware to different stakeholders responsible for policy making so as to make sure that besides being in midst of Climate change impacts, women should be able to cope easily and still attain food security which is a requirement.

Women oriented CSA can prevent Women from gender and sexual based violence that comes in search of food and other resources that have been depleted due to climate change. Women unlike men find it difficult to acquire some agricultural services and resources like land, inputs and extension and financial services. they own fewer assets and have access to less land, fewer inputs, and fewer financial and extension services (IPP, 2022). Climate change poses a lot of threat to women, and it further perpetuates feminized poverty and women in rural areas are the ones who faces the worst impacts. This is so because most women in rural areas are not highly educated as compared to urban women and agriculture happens to be an alternative for them of escape from feminized poverty and food insecurity. By looking at the trend by which climate change impacts are affecting Malawi country, women are affected in a way that their agricultural production both animal and crop becomes low thereby affecting their livelihoods.

Malawi being a country which relies heavily on Agriculture it is imperative that there is a Gender Transformative Climate Smart Agricultural development and adoption which should be emphasized and made aware to different stakeholders responsible for policy making. This will bring assurance that besides being in midst of Climate change impacts, women should be able to cope easily and still attain food security which is a requirement and can prevent women from gender and sexual based violence that comes in search of food and other resources that have been depleted due to climate change.

The need for Gender Transformative Climate Smart Agricultural development will not only help women attain food security at family level, it will further eliminate Gender based violence, it will reduce contraction of HIV/AIDS but also STI’s which can be contacted in search of having multiple partners in search of food when the yield has gone low. Additionally, has high probability of empowering women in rural areas to become self-reliant thereby minimizing feminized poverty and early marriages among girls can also be minimized, and absence if this it really affects women who are at the forefront of preparing food for the families and tis continue to add vulnerability to the already existing vulnerability for women in Malawi.

Are We doing enough on Climate Change? if not what’s next 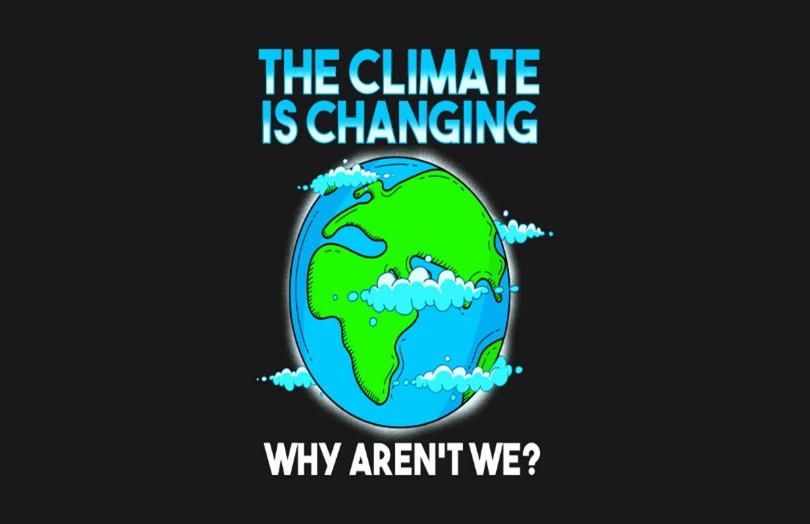 Chibowa, T. k. (2020). Gender Differentiation in the Adoption of Climate Smart Agriculture Technologies and Level of Adaptive Capacity to Climate Change in Malawi. 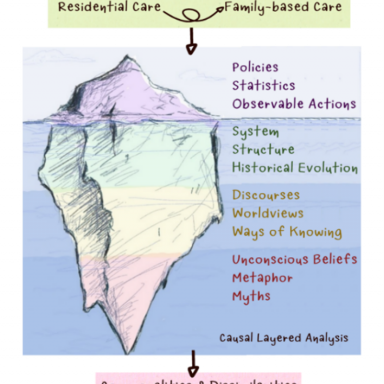 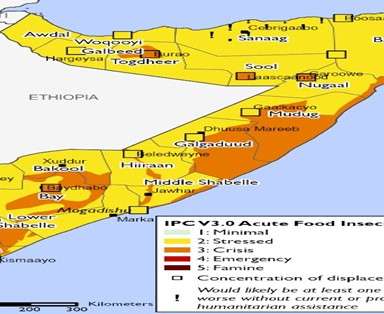 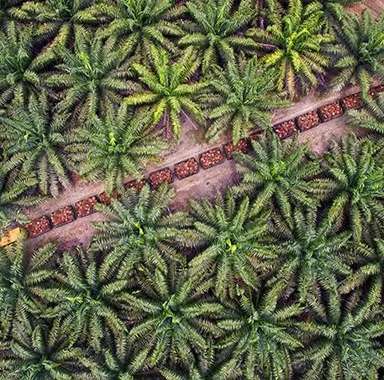 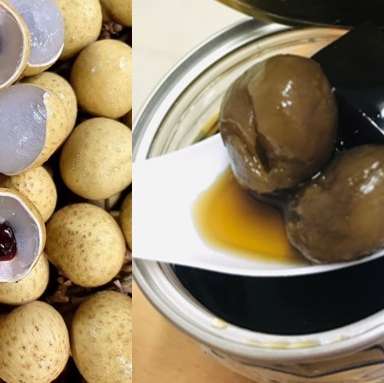 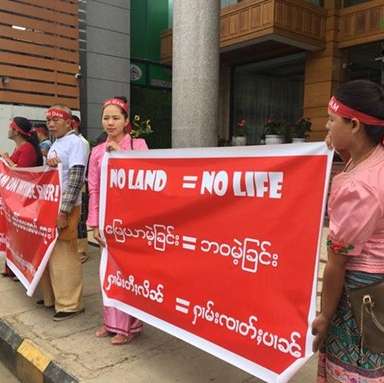