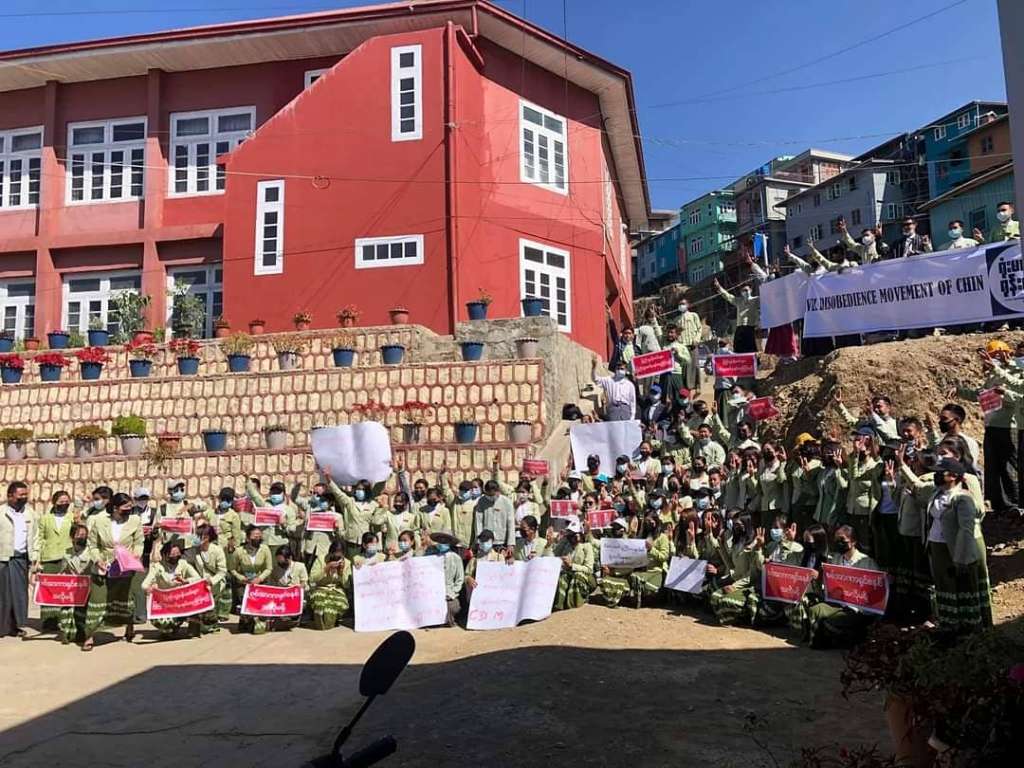 The international discourse on democratic institution-building emphasizes the importance of the role that local governance plays. The local level is where citizens can most actively and directly participate in public decision-making processes. With their proximity to citizens, local forms of governance are the first institutions that interact with citizens on matters regarding the planning, production, and provision of public services. In the case of Myanmar, the space of local governance in the policy making process has been limited. It has lacked a third tier (above the village, village tract, and/or ward levels) of elected local government at the township level. Since the township level represents the nexus wherein villages and village tracts link with the structures and processes of national public policy and administration, it is critical to representing the interests and meeting the daily needs of the people of Myanmar. Without electoral representation of the people’s interests and needs, key characteristics of “good governance,” including citizen inclusion and participation, democratic accountability, and effective service delivery at the local level is limited. This policy brief considers the importance of local governance in democratic institution development and argues that a third tier of elected local government should be created at the township level to support the development of Myanmar’s future approach to governance.

International organizations such as IDEA[1] and numerous international scholars[2],[3],[4] promote and offer evidence regarding the critical role that local governance plays in democratisation and administrative effectiveness in developing countries and other nations transitioning to democracy from authoritarian regimes. Local governance can be viewed as an organic starting point for building national democratic institutions. It is the level at which problems that most impact daily life are identified and dealt with through collective public action. It is the level of governance where citizens have most access to the processes of policymaking and implementation. If it functions well in terms of identifying and addressing public problems through efficient and effective production and provision of public services, local level governance can increase broad public confidence in public institutions. With their immediate proximity to local citizens, local institutions of governance are the first that interact with citizens under normal and crisis circumstances. Furthermore, as reflected in the international discourse on building national democratic institutions, democratic and effective local governance with local government as its central actor can serve as a key building block for democratic development on a national scale.

Overview of the problem

Prior to the 1 February 2021 military coup d’etat public service provision at the local level was characterised as having limited capability and capacity.[6] The recent COVID crisis has further revealed the importance of local agencies in dealing with crisis situations and the consequences when they prove to be inadequate. Local agencies are essential front-line actors for the implementation of public health measures needed to combat emergencies such as the COVID crisis. Collaboration between local communities and the institutions that serve them is essential to responding to public health and other emergencies with local consequences. Local institutions that have relationships with local communities characterised by trust and cooperation built through participative processes will produce more effective responses to problems such as the COVID emergency. A situation wherein public participation and democratic accountability in local governance is limited as at the township level in Myanmar restricts the local capability to respond to such public problems. Improving local governance through creation of elected local government at the township level is much needed for Myanmar’s future, both to serve as a starting point for democratic institution-building and to improve the nation’s capability to respond to normal and emergency conditions of public service problem-solving. Thus, this policy brief argues that a third tier of elected local government at the township level should be created in the Myanmar governance system in the interest of promoting and supporting its democratic responsiveness and administrative effectiveness.

The evidence that supports this policy brief is primarily from secondary documentary sources. These sources include existing working papers, research reports, unpublished and published governmental documents, as well as articles from a variety of media outlets. They were then analysed on dimensions and indicators that address the research objectives.

Examination of the findings

After a new constitution was adopted in 2008, state and region levels of governments were introduced in Myanmar. Considering decades of a highly centralised governmental structure and the military’s grip on public administration through creation of the GAD, this introduction was significant to the Myanmar governance system as it could make the decision-makers closer to the public. Both Union Solidarity and Development Party (USDP) and National League for Democracy (NLD) governments have worked to make local governance more participatory and responsive to local needs. The transitional government of the USDP prioritised decentralisation and local governance reform. This was also seen in the NLD Party-led government. The former worked on increasing the role of local committees and making the ward and village and village-tract administrator an elected position, while the latter focused on growing the involvement of state and region MPs in community affairs to promote participation and accountability.

However, the lack of elected local government and inadequate local administration has created bottlenecks at the sub-state/region level in the Myanmar governance system. There is no governmental structure below the state and region level. in Myanmar. More specifically, there is no third tier of elected local government at the township level in the system. This results in limited or no local participation in the policymaking process, resulting in a lack of democratic accountability and effective local public service delivery – key characteristics of internationally-promoted standards of “good governance.”

Under the existing centralised system in Myanmar there are line department offices of ministries at the township level that report to their superior ministerial offices at the state/region and union levels. This makes them accountable to higher levels of government rather than to local communities. As a result, there are a few if any opportunities wherein citizens can be involved in public problem-solving and influence decisions regarding public service delivery.

Given the nation’s demographic and geographic diversity, the specific problems and needs of local communities vary greatly across villages, wards, and townships in Myanmar. A localised approach that involves bottom-up planning and community development is needed to effectively address community needs. In addition to its potential for increasing citizen satisfaction with public service delivery, this approach can enhance public familiarity with and support for democratic structures and processes.

By excluding electoral government at the third tier or township level, Myanmar’s governance structure has heretofore impeded inclusion of the many groups that comprise the nation in its governing processes. Over the past decade interesting examples of inclusive participatory governance-building has emerged at the grassroots level (village, village tract, ward) in Myanmar. However, the policy impact of this grassroots governance-building has been limited because it has not been linked to Myanmar’s formal structures and processes of government. A principal barrier has been the lack of government presence at the township level.

To encourage continued development of inclusive participatory grassroots governance activity and help its products to have consequences in terms of improving the lives of the residents of Myanmar’s cities and villages, township government must be introduced that links it to and promotes it with state/region government authorities. This modification in Myanmar’s governance approach offers the potential for making government more effective by providing it with more information regarding the needs of communities and public service approaches that address those needs. The existing positions of ward and village tract administrators serve as “extended arms” of the government and as the interface between the government and the people. They are also gatekeepers in accessing authorities and documentation. The inclusion of elected township leaders in Myanmar’s governance system would strengthen the role of ward and village tract leaders in this gatekeeper function.

To accomplish this key change in Myanmar’s governance approach it is recommended that, either through constitutional or statutory policy action, provision should be made for the introduction of elected township executives to the nation’s system of government. It is further recommended that, supported by Myanmar and international resources, implementation of this policy change should be accomplished according to a phased or incremental approach that allows for assessing its effectiveness and making adjustments prior to its introduction on a national basis. This strategy might involve:

These recommendations should be considered on a qualified basis. Primary among qualifications involves uncertainty regarding the nature of constitutional arrangements that may emerge in post-military regime Myanmar. For instance, if a federated form of national government is adopted, how local government is organized might be left to the purview of states and regions. 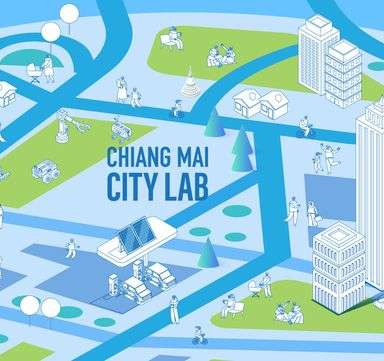 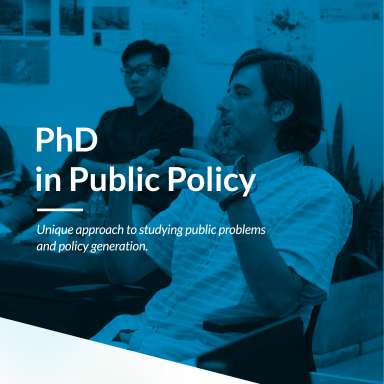 Call for one PhD position with 3-year full scholarship 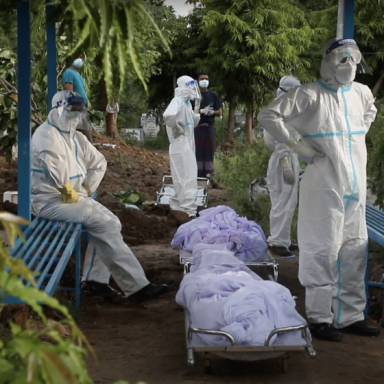 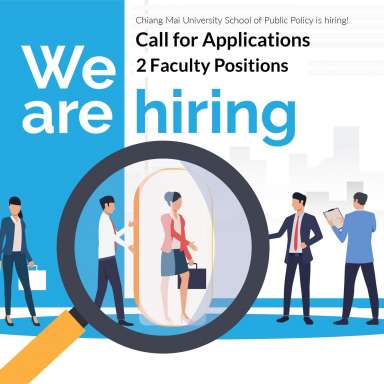 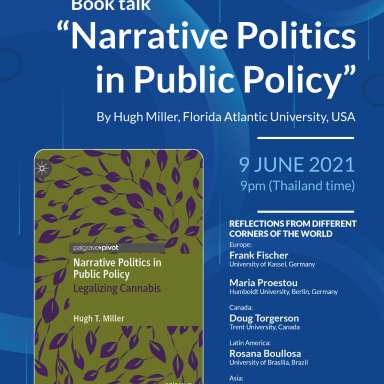