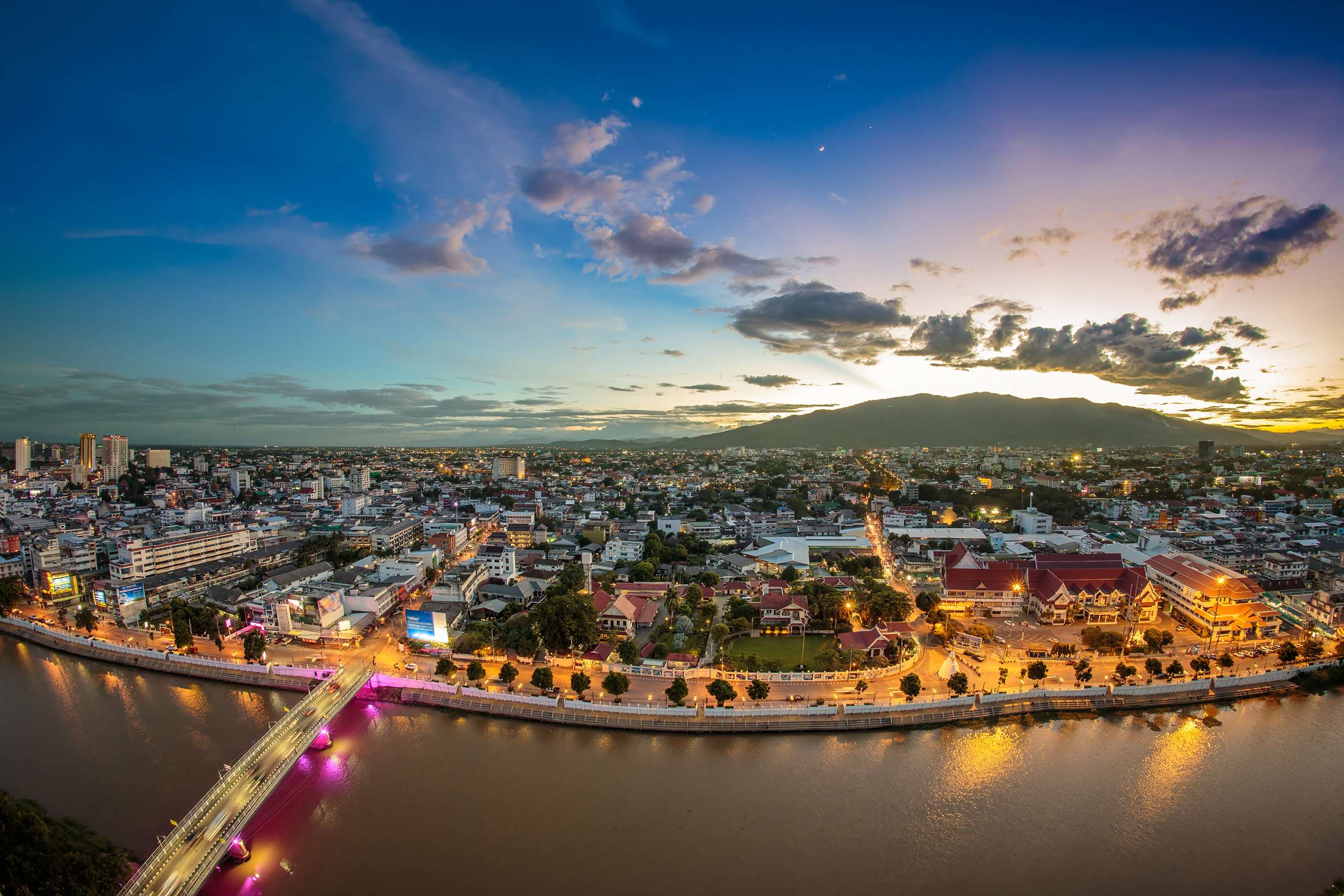 Chiang Mai’s centuries of layered cultural heritage are evidenced by a centralized mote edged with the crumbling brick wall prior used for repelling regional invaders. Traditional rural agrarian life personifying the cultural heart-center of Thailand’s peoples is still being exhibited by farmers laboring expansive rice fields. UNESCO has designated Chiang Mai as a ‘creative city,’ and also placed it on the tentative list for world heritage inscription.

Chiang Mai is a trendy municipality. The sufficiently affluent can access an array of amenities also including an affordable lifestyle involving abundant nature, local and fusion foods, a vibrant nightlife, as well as health and wellness inlets, among other favorable aspects. This hub, well-connected regionally and globally, is a top-destination for both tourism and long-stay retirees. Universities and innovations hubs are also being invested in here. Things are happening.

Concurrently, this overall area is drastically changing from its traditionally slow-paced culture into a mini-Bangkok of sorts. This is particularly evident with traffic congestion, pollution, and increasing social tensions. Rice paddies are being filled with concrete. A rapidly growing number of businesses, condominium complexes, and shopping malls are now gracing Chiang Mai’s mountainous Buddhist temple-topped skyline. The overall landscape is transforming.

These phenomena are also effecting the area’s socio-ecological composition. Farmers are selling their properties to investors. Younger Thai generations are abandoning traditional agricultural economy-based customs for those of industrialized modernity. Financial debt is becoming an accepted cultural centerpiece. What can also be observed is shifting demographics including regional migration issues, societal homogenization involving the national acculturation of indigenous peoples, income inequality and societal stratification, competition for space, and other unplanned changes.

SPP, while delving into this city’s dynamics as a research and public policies consulting organization, is offering this urban lab classroom to its ‘pracademic’ students. While observing the marvels transpiring in this world area, they become exposed to the root issues, and the actors, connected with this diversified spectrum of development phenomena. Students become equipped with holistic understanding of how sound public policies can be utilized for inclusive, innovative, and progressive solutions to our world’s most topical problems.